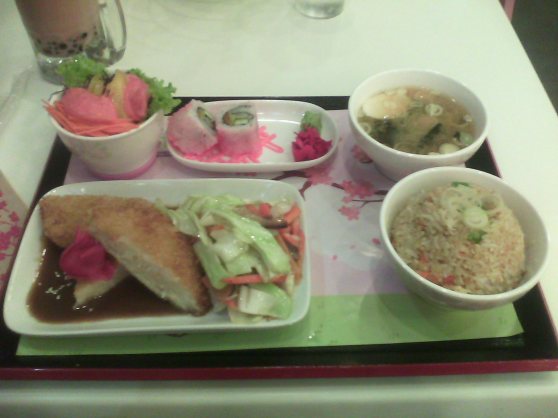 Food should be present for EVERY celebration

In April 2005, I was working as a technical writer for an antivirus developer in Eastwood City over in Libis.  At the time, I’d recently been diagnosed with a form of bipolar personality disorder and was horrendously depressed at losing my job at an international aid agency and being told off – yet again – by someone whom I’d grown unaccountably fond of.  It was, to be perfectly honest about this whole thing, not the best time to be alive for me; everything was falling apart, everything was too heavy to bear, and it did not help that I felt that everyone hated me or despised me.

Because of this, I found myself drawn towards blogging.  It pretty much became an outlet for me to be able to cope with all the issues I was dealing with at the time.  But what was I going to write about?  Goodness knows that, at the time, I had serious doubts about my abilities as a writer; as in no one took me seriously about my writing.  Honestly, it began to look that I did not, at the time, have a future in writing.

So I began writing about food.  It was a fairly safe topic and one that I’d always been fond of.  It helped that, at the time, I had found my groove when it came to baking and cooking.  I was developing a reputation for being a fairly good baker and had, to a certain extent, mastered some of the more basic viands intrinsic to any cook’s repertoire.

It proved to be the therapy I needed: I was able to forget my problems, fluff off my issues, and get more focused.  First, it was restaurant reviews: cheap or indulgent eats in the vicinity of Eastwood City, Robinson’s Galleria, and the Shangri-la Plaza over in Mandaluyong where I’d cross EDSA on the way home at night.  Then, it became something of a grocery update where I’d feature new products or particularly interesting eats from far-off lands.  But, most of all, it became a recipe resource, something of an online cookbook where I could share recipes – adapted from other sources or original treats – with the world.  While I haven’t exactly been regular with updating the blog, it continues to be my refuge online – though now it shares time and space with the blog where I post poetry and prose to see if anyone actually reads my work.  It is my culinary laboratory, my sounding board, my outlet.

Ten years have passed since this blog took its baby steps via the blog widget on Friendster.  It has moved URLs thrice since then, finally settling in with WordPress around seven or eight years ago.

In the time that has passed since Sybaritic Diversions first went online, since the day I changed the name to Midge in the Kitchen, so much has happened: friends have gone, gotten married, had kids; some, unfortunately, split up with their partners.  Some have moved abroad; some, alas, have passed away – including my oldest friend who died of an aneurysm last year at the tender age of 37.  My father retired from over 30 years in his career, my mother found herself dragooned into being an officer for her church ministry; my brother was ordained into the priesthood, my sister finished college and is now a practicing RN.

As for me, I left my job as a technical writer not too long after I started blogging, found myself set adrift for a while, then took another techwriting post at a software development firm.  I would return to my true metier, advertising and public relations, in 2009: I would stick to one firm for nearly four years, try my hand at finishing a novel (and I did!), work for a bit in corporate communications (and totally regret it), before joining another ad agency in September of last year.  Don’t ask about my love life, though: it remains complicated to the present day, but let’s just say that I find some measure of fulfilment baking for someone…and leave it at that.  😉

And so, ten years have passed – and I am pretty sure there are many, many more culinary adventures to be had in the years to come.