The decor is a trifle TOO austere…

This is an undisputed truth among most foodies in this part of the world: Eastern European cuisine is hard to find in our neck of the woods.  It’s true: kielbasa sausages are only found in upmarket deli sections; pierogi dumplings are only sold at weekend specialty markets or gourmet fairs.  Honestly, I can’t see the reason why because the key elements of Eastern European food – meat, carbs, and beer – all resonate so well with Filipinos who are keen on all three.

Fortunately, there is a new micro-chain that is changing that mindset one plate at a time and it’s called Balkan Kitchen.

Balkan Kitchen refers to its food as Yugoslavian home cooking – which is to say it has elements of Serbian, Slavic, and Croatian culture in each dish.  It mostly specializes in grilled meats and classic East European fare such as goulash, stuffed cabbage rolls, and offal (liver cooked with bacon, specifically.)

The grilled specialties include a massive semi-circle of beef mince enfolding a generous wad of mozzarella cheese.  This appears on the menu as the stuffed pljeskavica.

Yes, there is cheese in there.

Formally known in Slavic cookbooks as sarska pljeskavica, it is usually made with beef and a hard sheep’s milk cheese.  Here, though, the more tender and familiar mozzarella doubles as a sauce that keeps the grilled beef patty moist and flavorful within.  Perfect with the tart, vinaigrette-dressed mound of cabbage salad that goes with it.

Another time, I had the cevapcici.  This is a plate with eight small skinless sausages served with fries and a lettuce and grilled onion salad.

These little snags were very savory; I supposed they were made with a mix of pork and beef, though the rather gamy savor speaks that it was bulked out with the latter.  Tender and meaty, these needed no embellishment and the sauce that came with it – actually a simple swirl of tomato ketchup and mayo – worked better with the fries.

And if you love cheese, by the way…

Fried feta; you can’t say no to it

…you would do well to order some fried feta on the side.  Here, the sharp and salty white cheese is wrapped in thin pastry and fried till the surface is all crispy and the insides are soft, wobbly, creamy, and unctuously yum.

That said, if you want a taste of something different yet familiar, head to the Balkan for a taste of Eastern Europe.

Pancakes are the sort of breakfast you have when you want to take things easy and you aren’t exactly in any hurry.  For most Filipinos, it is a taste of luxury – and an accessible luxury at that.  For this reason, Pancake House remains one of the country’s favorite restaurants – and continues to be so despite the entry of foreign franchises such as IHOP and Slappy Cakes.  And for those who can’t be bothered to leave home to satisfy a pancake fix,  instant pancake mixes are a dime a dozen and are all dead-easy to use..

However, even the fluffiest, most golden pancakes tend to lose their appeal if that’s all people get for the most part.  Variety being the spice of life, there are as many variations on pancakes as there are ways to tell a joke.  These days, aside from the usual buttermilk and chocolate variants, you can get matcha-infused flapjacks, pancakes studded with chocolate chips, banana-walnut cakes, and even pancakes made with cake mixes to yield flavors like red velvet or even birthday cake with sprinkles.

Today’s recipe, however, is different.  Rather than appropriating the flavors of the West, I decided to play up tastes taken from our neighbors in the Southeast Asian region.  In this case, I decided to make pancakes from scratch inspired by an Indonesian snack: murtabak.

A popular halal street snack in many Muslim countries, a murtabak is a cross between a crepe and a turnover in that it consists of flour-based pancakes folded over a sweet or savory filling.  For the most part, these are usually savory things and are usually filled with beef or lamb mince before being doused with curry, gravy, or a soy-vinegar dip.

My recipe was inspired a specific variety of the dish commonly eaten in Indonesia called murtabak manis.  For this dish, the pancake batter is sweetened and flavored with either vanilla or almond extract.  The resulting griddle cakes are then filled with a mixture of chocolate, cheese, and crushed roasted peanuts before being folded over and handed to eager customers.

This recipe gets its basic form from Nigella Lawson‘s recipe for American breakfast pancakes.  However, once you’ve added the grated chocolate and cheese, you get something totally different from a standard-issue Yankee johnny-cake.  Not too sweet and intriguingly savory at the same time, these come into their own sandwiched with lashings of peanut butter and finished off with a drizzle of honey (not syrup).

Murtabak is normally eaten as a snack in the afternoons, but I can’t see any reason why you shouldn’t have these for breakfast.  😉

Heat a griddle or a large frying pan over medium heat.  Add just enough butter to grease the surface.  Add batter by 1/4 cup-increments and cook for about a minute on each side; immediately transfer to a serving dish.

To serve, allow four pancakes per person (they won’t be very big, really).  Spread one cake with peanut butter and top with another; continue spreading until you have a stack four cakes high.  Drizzle over with honey.

Under ordinary circumstances, we usually think of Mexican cuisine as a fairly carnivorous one: fajitas con carne come to mind and so do unctuously rich and savory pork carnitas.  We think of tacos loaded with beef mince cooked down with chilies and such spices as cumin and plenty of black pepper or burritos loaded with everything from carne asada to strips of char-grilled chicken to savory chorizos of varying levels of heat and intensity.  Vegetables are probably the last thing people have in mind when they think of Mexican food…and then one encounters the food over at FaBurrito.

The restaurant’s name is a double-edged pun of sorts: a play on favorito – the Spanish rendition of the word “favorite” – and the hopeful premise that you’d have a “fab burrito” over at their shop.  And it should be noted that you’ll probably feel fab by the end of your meal because:

Veg chips for the win

When I trotted over to FaBurrito from across the street, I wasn’t sure what I even wanted to eat.  All I know was that I was hungry, but didn’t quite want anything with meat.  Fortunately, I checked out the menu and noticed the fajita mushroom burrito (P 210.00 for a regular sized burrito; same price for the rice bowl and salad options).  It was a happy choice.

While not as massive as my favorite burritos from Cantina Deliciosa (which, come to think of it, I haven’t been to in a long time), you get a substantial flour tortilla-wrapped cylinder loaded with strips of shiitake mushroom soaked in a rather spirited marinade (you’ll see why in a bit) before being pan-grilled, lettuce, tomatoes, sweet onions, chewy kernels of brown rice cooked with cilantro for a herbaceous zing, and nutty black bean frijoles.

The earthy flavor of the mushrooms was amplified by the tang of fresh lime and the peppiness of green chilies in the marinade; a bit of char yielded in the grill pan also gave it a tasty hint of smoke.  I am not a fan of brown rice, but it worked very well here as the nutty sweetness of it was a good complement to the zingy grilled mushrooms.  All in all, quite a delicious and satisfying thing to have for lunch as it fills you up rather than out.

Add P 125.00 and you can opt to have one of their veg-friendly soups or a basket of veg chips (those herb-flecked nachos you see above with a fresh-tasting dish of pico de gallo salsa) and your choice of iced tea.  I say: go for the lemongrass as it is just sweet enough and is most refreshing; the right thing to drink, I daresay, for these horrendously hot summer days. 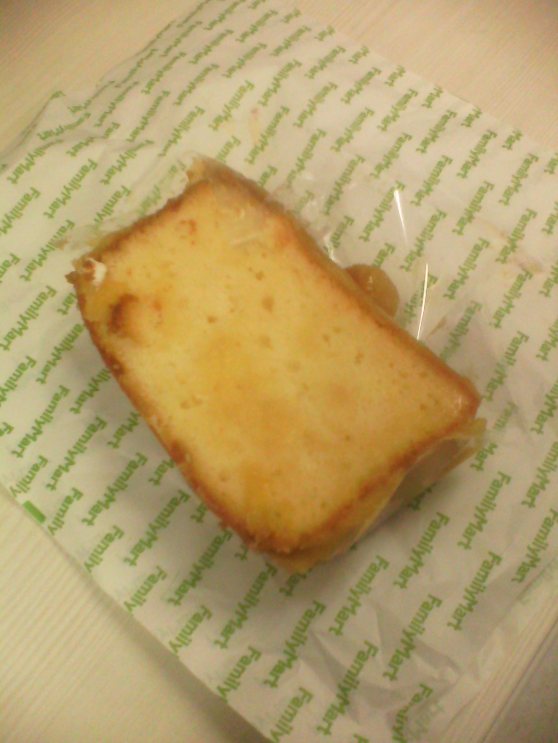 There comes a time in anyone’s life when one has to pull a disappearing act just to get back into sync; to put everything into its proper perspective; to rest, recover, and rebuild after a long period of illness punctuated by enough trouble to base an award-winning film or a best-selling novel on.

In my case, I was dangerously ill for much of February – so much so, as a matter of fact, that it prompted me to end what would best be described as over 20 years in the advertising industry.  The last straw had finally broken the camel’s back.

I feel blessed that I got out when I did…and when I did get out, I found another job with a corporate governance advocacy.  It’s like I’m trying to correct the mistakes committed by several former employers throughout the two decades of my career: unfair treatment of employees, lack of compassion for employees and their dependents, corrupt practices including but not necessarily limited to paying off government agencies, and office politics in general.  It makes me feel alive again, this being part of something that acts like a guardian that believes in doing the right things and doing them well.

There have been some personal losses over the past several weeks and issues that came boiling to the surface.  There were days when I wondered if I would make it out alive, let alone sane; days when I would wonder if anything would be all right again.

I lost my appetite.  I hardly cooked.  I seldom baked.  I just lost heart with everything.

But those days are over.  The weeks have passed.  My appetite has returned and there are new recipes to try and feature on this blog.  For those new treats, keep visiting – and thanks for bearing with me.